Do You Still Want It?

When Jesus saw him lying there and knew he had already been there a long time, he said to him, “Do you want to be healed” (John 5:6, esv)?

Far be it from me to find fault with Jesus’ bedside manner, but . . .

“Do you want to be healed?” doesn’t seem the most pastoral or sensitive question to ask someone who’d been “lying there” on his bed of pain for “a long time.” Nor would even a regular person feel the need to ask it, seeing the answer is so positively obvious. You’d hardly need to be all-knowing to figure that out. 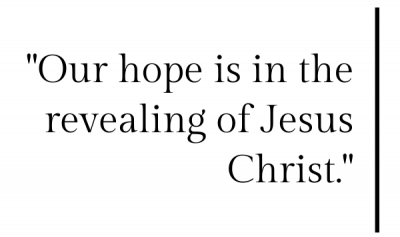 Yet we can trust that what Jesus knows—not only about a crippled man in the first century but about us, in ours—is always something we could stand to learn.

The setting for Jesus’ question in John 5 was a pool of some sort, most likely known for its therapeutic qualities. Best guess is that it was a hot springs which from time to time was “stirred up” (John 5:7), creating a massaging effect that felt good on stiff, unhealthy bodies. But the man that Jesus addressed in verse 6 was an invalid who, try as he might, was never able to work his way fast enough toward the waters when they began to bubble. “I have no one to put me into the pool when the waters are stirred up, and while I am going another steps down before me” (John 5:7).

Perhaps when this man first found himself at that pool, he had high hopes it would help him. Even by year five, maybe after a few close calls at beating the crowd into the water before it fell calm again, he was confident he’d figured out a better plan. Maybe next time. There was always a chance.

But by year twenty-five, whenever word began rippling back that said the waters were stirring, do you think he even sat up on his elbows? Did he make the futile effort of rolling himself upright? I mean, why? What was the use? At what point do you think he finally said, You know what? I’m just not hoping anymore. I’m done.

Which is what makes Jesus’ question so awesome.

“Do you want to be healed?” Do you still want this?

I want to learn from His all-wise example. I want to be the person coming around the corner, catching you in the middle of an ordeal that’s been going on for a long time, and asking: Have you stopped praying? Are you just managing now? Are there things you’ve allowed into your life at this point—making exceptions, cutting corners—that you would never have tolerated in yourself, back when you were still sure of being used by God? Do you still care? Do you still love? Do you still long to see God move? Do you still hope?

Satan is trying to convince you that anything good or better in your life is already in your rearview mirror; that nothing ahead can be anything more than a scaled-back version of Christian living. But your and my hope is in the revealing of Jesus Christ. One way or another, in this world or the next, we are headed toward an incredible future with Him. And because we’ve been promised such an amazing ending, how can we not remain in a perpetual state of expectation?

As His people, we are those who’ve put our hope in the Lord, even when it’s hard, even when it hurts. We still get up, we still go on, and we never stop wanting what He alone can give us.

Pray
Father, thank You for continuing to ask questions that You know are important for me to answer. Thank You for recognizing when my hopes are diminished and reminding me why, with You, there’s never a reason to give up. Help me walk into the coming day confident that You are able to move mightily in me and in my situation, and use me to lift the hopes of others who will call upon Your name . . . through the mighty name of Jesus, amen.