For 30 years, Dr. James MacDonald served as the founding and senior pastor of Harvest Bible Chapel in Rolling Meadows, Illinois, and for more than 20 years as the Bible teacher of his broadcast ministry, Walk in the Word. 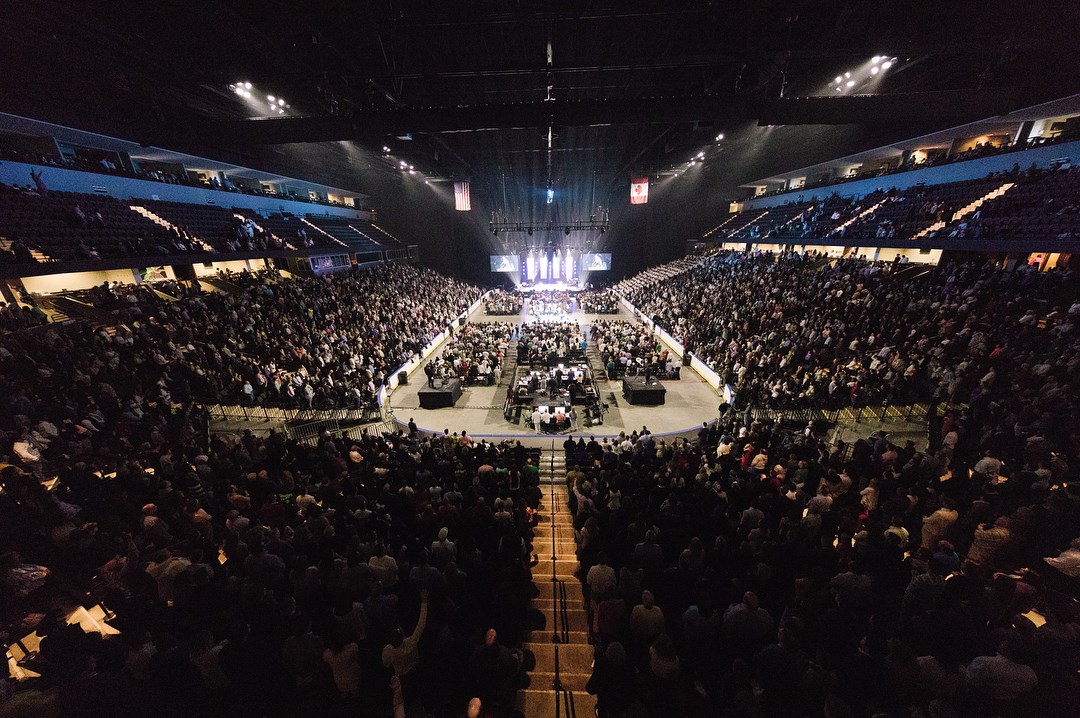 In 1988, Pastor James and Kathy helped to found Harvest Bible Chapel in a local high school, and saw it grow to more than 13,000 attending on seven campuses in the Chicagoland area. Harvest was known for emphasizing unapologetic preaching of the Bible, unashamed adoration of God’s Son, unafraid witness to the gospel, and unceasing prayer.

Known for its racial and economic diversity, the congregation moved into a converted warehouse in Rolling Meadows, Illinois, in 1995. It added campuses in Elgin and Niles in 2004; Crystal Lake in 2007; the downtown Chicago Cathedral campus in 2010; Aurora in 2011; and Deerfield Road in 2012. The church’s reach led to its inclusion in Outreach Magazine’s “Top 100 Fastest Growing Churches in America” and “Top 100 Largest Churches in America.”

By size and scope, what became known as “Big Harvest” with a K-12 Christian school, a worldwide church planting ministry, year round 650-acre camp in Michigan with a training center for pastors, and global teaching broadcast known as Walk in the Word, the ministry was among the largest and most far reaching “local church” ministries in North America.

Walk in the Word
In 1997, Dr. MacDonald founded Walk in the Word which featured his bold proclamation of God’s Word, practically applied in compelling and understandable ways, eventually in all broadcast formats, radio, TV, podcast, online. Initially on one local station, funded by Harvest, the ministry grew through the gifts of God’s people around the world and began to be added to major Christian radio networks by the year 2000.

By 2010, Walk in the Word was heard more than 2000 times a day across North America. Also in 2010, the board of Walk in the Word, voted to bring the independent ministry into closer affiliation with Harvest for financial synergies in design, HR, and web development. This “partnering” began and existed under Elder signed agreements that if Pastor James ever left the church, Walk in the Word and all its net assets would return to independent governance, as it had been for most of its history.

Writing
Author of more than 15 books and many Bible studies, such as Act Like Men; Vertical Church; Lord, Change Me; Lord, Change My Attitude; When Life is Hard; and Always True, Dr. MacDonald’s most recent title is The Will of God IS the Word of God. Teaching curriculum will soon be available (downloadable and free) and published books/curriculums are available here.

Church Planting
Beginning in 1999, Dr. MacDonald presented a church planting vision that limited funds to traditional missionary work and focused Harvest’s mission funding on what came to be known as Harvest Bible Fellowship.  HBF established 190 churches on five continents and continues much of its original vision today, as multiple, independent church planting networks.

Vertical Worship
Known for unusually fervent worship in services, the local church worship ministry of Harvest was extended through James’ friendships with Jason Ingram and Terry Hemmings (CEO of Sony/Provident in Nashville). Gifted artists such as Meredith Andrews, Jon Guerra, Lauren Smith, and Judson Harris combined with the song writing of Andi Rozier and leadership of Luke MacDonald.

Vertical Worship became a great unifier of the planted churches as the main songs were translated into multiple languages and gave the church planting movement a core to rally around in the “pillar of unashamed adoration.”

Vertical Worship now tours regularly and is included with headline worship ministries such as Hillsong and Elevation. Vertical Worship has been nominated for Song of the Year Dove awards for “Open Up the Heavens” (co-written by MacDonald) and “Yes I Will.” The ministry is now appreciatively utilized by many churches across denominational lines around the world.